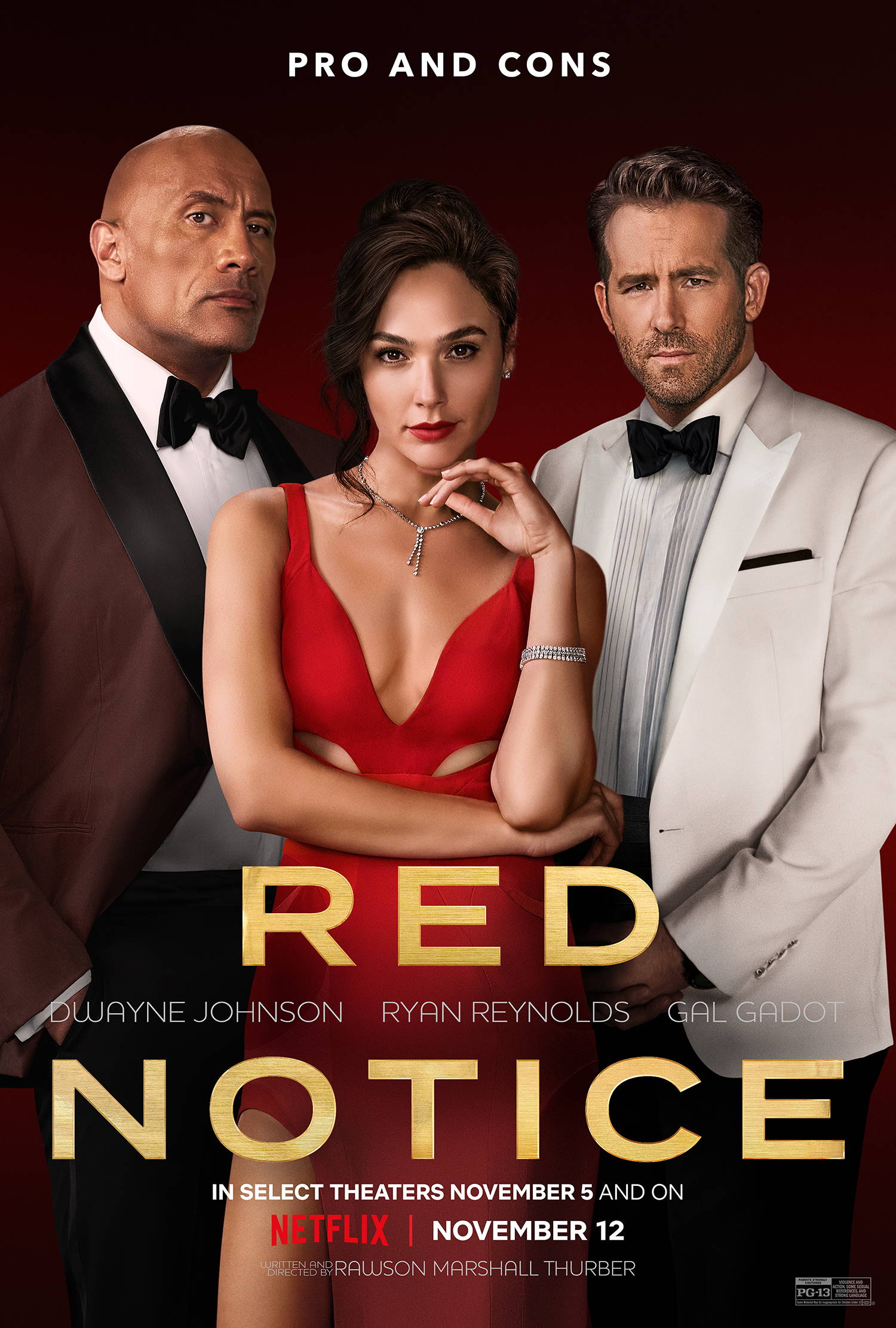 From Paris to Rome, "The Bishop," a.k.a Gal Gadot's character, wears stylish threads that would make any international fashionista proud. Here are some of our favorite fashion moments from Netflix's Red Notice.

First, let's tell you about the film for the readers who haven't seen the mega-hit yet. When the Red Notice, the highest degree of warrant by Interpol, goes out to find and capture the world's most wanted individual, the FBI's top profiler, hunky John Hartley (Dwayne Johnson), is on it. His global search lands him in the center of a daring heist, forcing him to team up with Nolan Booth (Ryan Reynolds), the world's finest art thief, to apprehend "The Bishop," the world's most sought art thief (Gal Gadot). The three characters go on a high-flying adventure, which takes them worldwide, across the dance floor, imprisoned in a remote location, and deep into the forest before finally getting trapped together.

But this storyline is more than that. Who ultimately is conning who here? That's up for debate by the time the credits roll on Netflix's Red Notice, as the tables turn and turn again between Dwayne Johnson's John Hartley, Ryan Reynolds' Nolan Booth, and Gal Gadot's "The Bishop." To the audience's delight, these three protagonists double-cross, triple-cross, and maybe even quadruple-cross each other several times.

Costume Designer Mary E. Vogt fills a tall order: to create costumes that would believably coexist on the screen with three of the world's biggest movie stars. Gal Gadot's costumes were crucial, as they needed to reflect her character's sophistication and international appeal. She isn't your average girl next door. Instead, she's somebody who travels the world and has a lot of style.

Gal Gadot's style in Red Notice is the epitome of "more is more." She wears sequins, fur, and bold colors with abandon, and it always looks amazing. Her character is unapologetic about her love of luxury, which shows in her clothing choices. So if you're looking for fashion inspiration, look no further than The Bishop in Red Notice.

Gal Gadot's fashion is glamorous but practical, even in the jungle. It is about finding pieces that will hold up well when she sprints through the mud. Worn by other glamorous fashionistas such as Candice Swanepoel, Irina Shayk, and Karlie Kloss, Gal Gadot likewise wears the Kimmy J hoops by Bonheur. Even in the jungle or on a boat escaping Interpol, you can tell she's very fashion-forward; you can tell that she has a natural eye for style.

In conclusion, in Netflix's Red Notice, Gal Gadot's fashion is unapologetically glamorous, practical, and always on point. No matter where her character goes or what she's doing, she always looks fantastic. So if you're looking for fashion inspiration, look no further than The Bishop in Red Notice.