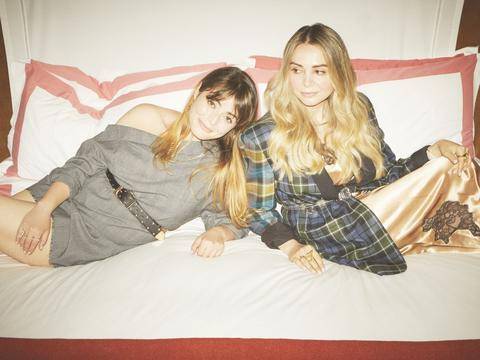 The idea of Bonheur originated one summer evening in Thessaloniki, Greece during a family vacation where sisters Ally & Albina Mataj came upon bracelets handcrafted for them by their grandmother to commemorate their birthdays. Enthralled by the love and admiration a single piece of jewelry could bestow upon the wearer, the sisters became intent on creating a jewelry line that would embrace their whirlwind of travel whilst showcasing the spirit of their native New York.

Since launching in October of 2015, Bonheur Jewelry has evolved into a contemporary brand with distinct on-trend pieces, which are notably transitional from day to eveningwear. As part of its vow to maintain environmental responsibility, Bonheur Jewelry uses reclaimed precious metals. Bonheur vows to give its customers eco-friendly gold & silver of the highest quality.

Enter your email and receive 10% off your first order.