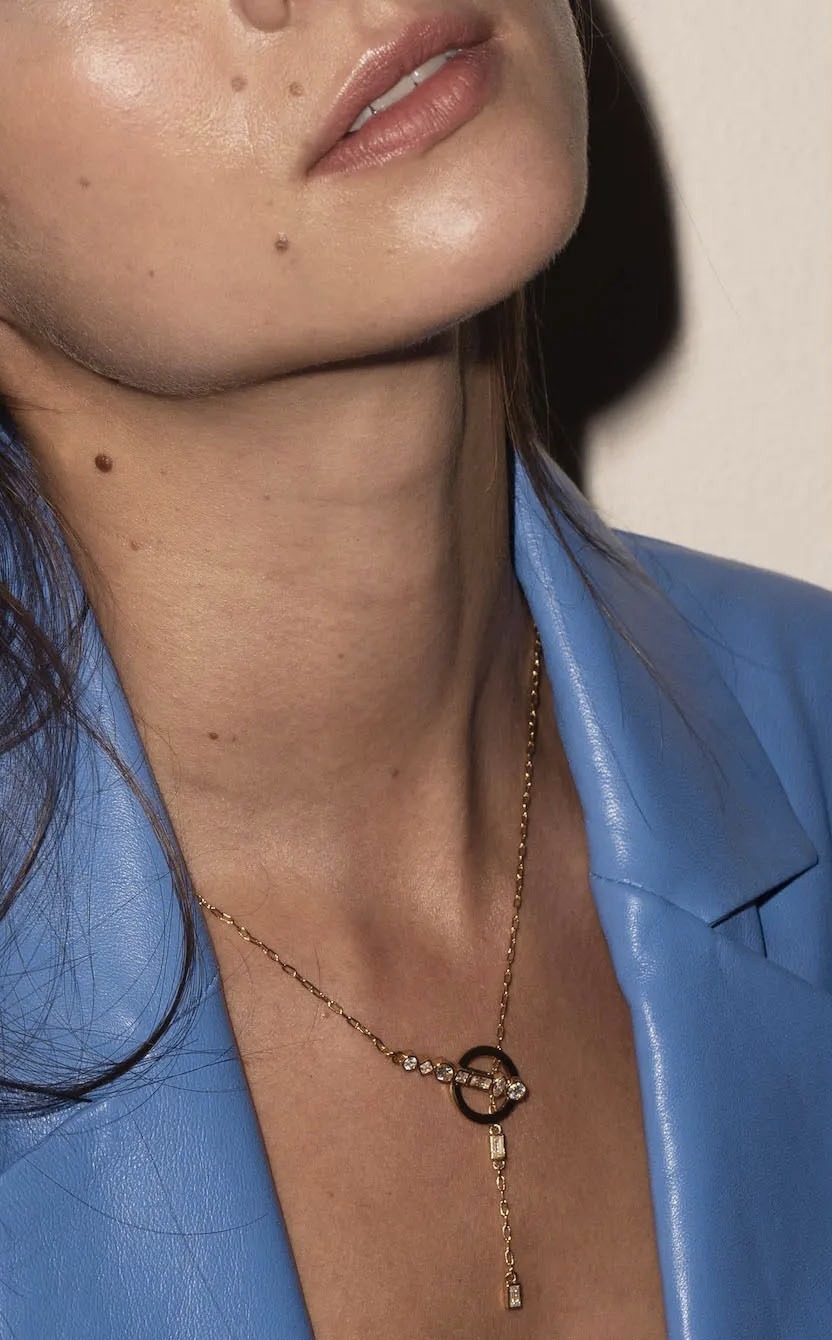 When you think of the 70s, what comes to mind? If you're like most people, you might imagine bell-bottoms, platform shoes, and outrageous patterns. But while the fashion of the 1970s was undoubtedly over-the-top, it was also full of unique style ideas that are still influential today.

One of the most prominent trends of the 70s was disco. This style was characterized by tight-fitting clothes, glitter, and bright colors. While disco might not be in fashion anymore, many of the elements of this style have been recycled into modern looks.

Let's look back at some of the most inspiring jewelry trends from the 1970s. Let's start with the choker craze. Choker jewelry was huge in the 70s, with everyone from royalty to runways sporting these tight necklace styles. Wearing a choker-style necklace was so popular you might have been considered a social outcast if you didn't have one on. Now, we're not just talking about a suede or velvet little ribbon around the neck. Choker-style necklaces in this decade were also thick and wide and made of unusual materials like wood or outlandishly large metal.

The most popular way to wear chokers in the 70s was to layer them. The more chokers you had on, the better. The 70s was the decade of excess after all! Next, layering necklaces in the 70s was an excellent way for women to show their friends that they were not just any plain Jane or Jill but had some serious style. To do this, women would wear several necklaces on top of each other to make a unique statement—long necklaces over short necklaces, with an oversized pendant or two thrown in for good measure. According to 70s-style mandates, it was all about layering necklaces until they clanked and made noise as you moved around. If you could hear your jewelry, you knew you were doing it right.

You may be wondering, who made layered necklaces popular in the 70s? One of the most prominent style icons of the time was Jane Birkin. The British actress and model was photographed numerous times wearing her signature layered necklaces, known as the "Birkin look." Jane Birkin's influence on jewelry and fashion in the 70s was so significant that many of the trends she popularized then are still in style today.

Another style icon who popularized this trend is Jackie Kennedy. The former first lady was photographed often wearing several strands of pearls, which were seen as the ultimate sign of luxury in the 70s. Jackie Kennedy's layered necklace style was copied by many women who wanted to emulate her chicness.

It’s hard to say exactly how charm bracelets became so popular in the 1970s. Some people believe that they were inspired by the hippie movement and the desire to wear jewelry that had meaning. Others think they were simply a trend that caught on and spread like wildfire. Whatever the reason, charm bracelets were definitely one of the most popular fashion accessories of the 1970s.

The main difference between 1970s charm bracelets and today's styles is that the charms are often more meaningful. Today, people often choose charms that represent their hobbies or interests. In the 1970s, many people chose charms that represented their values ​​and beliefs. For example, a peace sign or heart charm might be chosen to represent a person's support for the anti-war movement or their belief in love.

Today's charms are also mass-produced charms, while most 1970s charms were unique and handcrafted. This made them more special and personal. Thus, many people who owned charm bracelets in the 1970s still have them today and continue to wear them as a reminder of that decade. 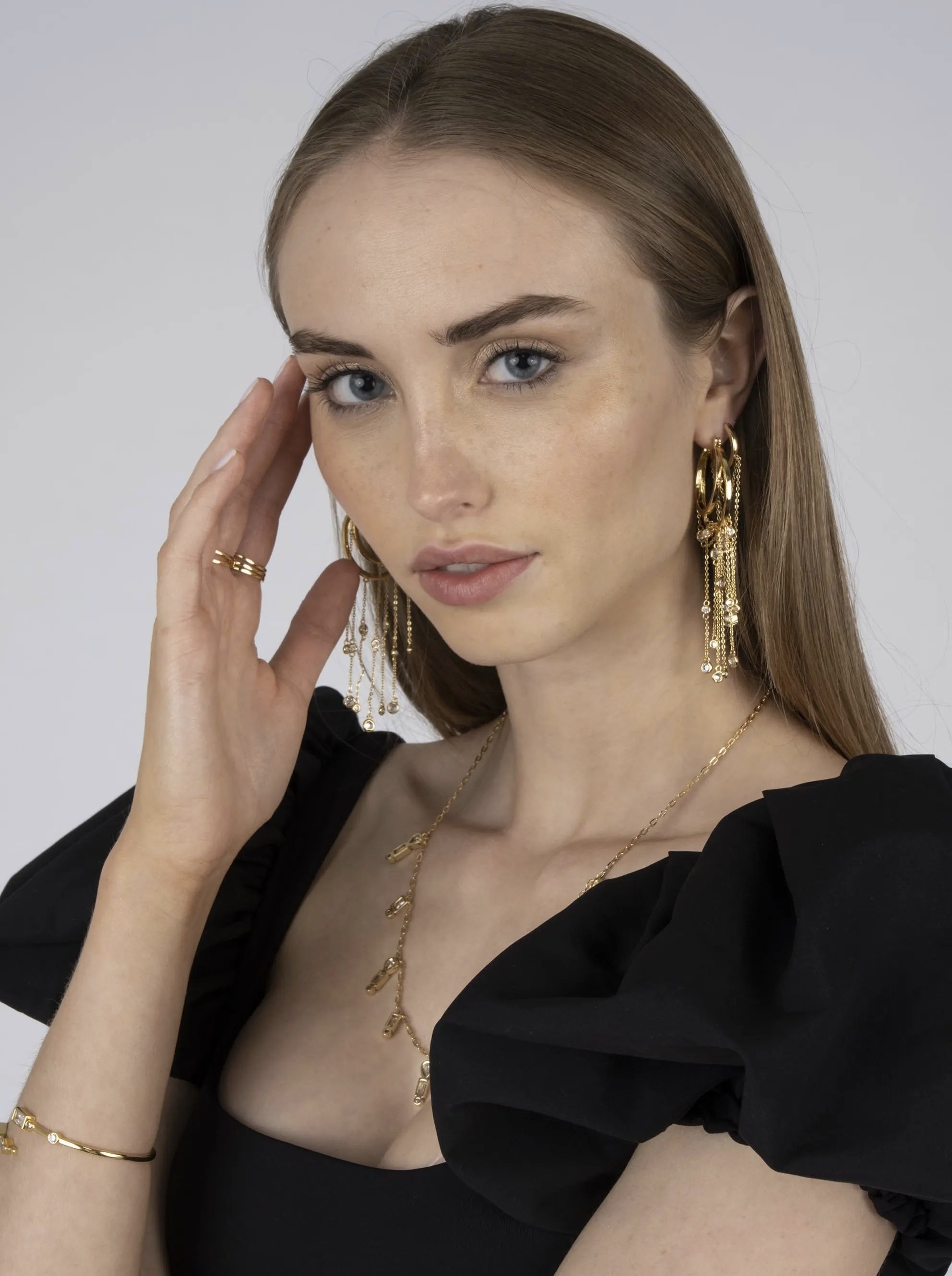 Another major 70s fashion trend was extra large earrings. In the 70s it became fashionable to wear earrings so big they would touch your shoulders. No earring styles were too big, long, asymmetrical, or glittery thanks to disco fever. Everyone wanted to get noticed on the dance floor, and razzle-dazzle earrings were the accessory to do just that. So you could spot club-goers in everything from oversized stud earrings to large geometric styles to big, bold chandelier drops.

This earring trend probably became popular because of a combination of two things – the first being that women were trying to find ways to stand out in a sea of big hair and over-the-top clothing.

Secondly, many women worked in more professional jobs and wanted to show their newfound power via jewelry. So extra-large earrings meant you were in control, powerful, and not afraid to show it.

Next, a big trend in women's jewelry in the 70s was hoop earrings. 70s hoop earrings came in all different sizes and colors and were worn by every type of woman out there, from school girls to homemakers to teachers and more. Everyone loved hoop earrings, and everyone had a pair.

Hoops got even more prominent as the 70s style progressed. At the beginning of this decade, hoop earrings were not much more than small decorations. But then, 70s hoop earrings started to grow and grow until they had become big enough to wear as bracelets. So even though there is no way they would stay in place as bracelets, this design was cool, and many women wore them as such.

The biggest celebrity hoop lovers of the 70s were Cher, Diana Ross, and Farrah Fawcett. They all wore big, bold, flashy hoops that made a statement. If they were wearing it, then you knew it was in style. 70s jewelry trends also dictated that you had to always have a ring or two on your fingers. Who didn't dance the night away in a flashy cocktail ring and sequined jumpsuit during the 70s? And if you were really in the know, you'd wear several rings at once.

70s rings were created in all sorts of different designs. Everything from clover to flower petals but they all had one thing in common: color. 70s rings came in every hue imaginable, with stones ranging from diamonds to rhinestones, big gems, little gems, and every color gem in between.

It was a way for women to show their different personalities. For example, you could wear a ring that said you were fun and flirty or one that showed you were a serious businesswoman. There was a ring style for everyone, and it became commonplace to see women of all ages sporting them on every finger. And last but not least, the 70s started a major love affair with mix-and-match bracelets. This style meant that you could wear a bracelet made of all sorts of different materials and stones, but they didn't have to match anything. So it was perfectly ok to wear a giant, colorful charm bracelet over a bangle set with a giant gemstone. Mixing up the look was a major fashion statement and one you could frequently make, as long as you had enough arm candy options to choose from.

Whether you were at a disco or out running errands, a mix and match bracelet stack let everyone know that you were in the know about fashion.

There you have it – a look at some of the most popular jewelry trends from the 70s. So get out there and start accessorizing! And don't forget, more is always better when it comes to 70s jewelry. The bigger, the brighter, and the bolder, the better!