SUCCESSION'S EPIC FASHION: GET THE LOOK 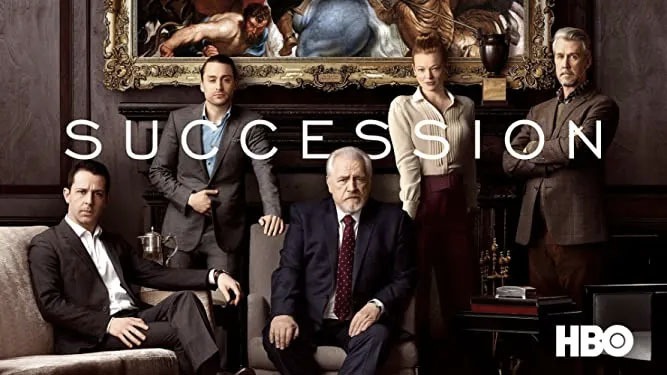 If you're watching HBO's Succession, then you can't help but notice Shiv Rov's (played by Sarah Snook) impeccable sense of style.

From her perfectly tailored blazers to her stylish pantsuits, Shiv always looks put together - even when she's in the middle of a chaotic family drama. But while her clothing may seem effortless, there's actually a lot of thought that goes into her wardrobe.

So what is Shiv's secret? Well, she has a very talented stylist who helps her choose the perfect outfits for each occasion. And while Shiv's style might not be for everyone, you must admit that she looks great in everything she wears, from her couture gowns to her casual jeans. So if you're looking for fashion inspiration, take a cue from Shiv. After all, we all know that clothes make the man...or woman. 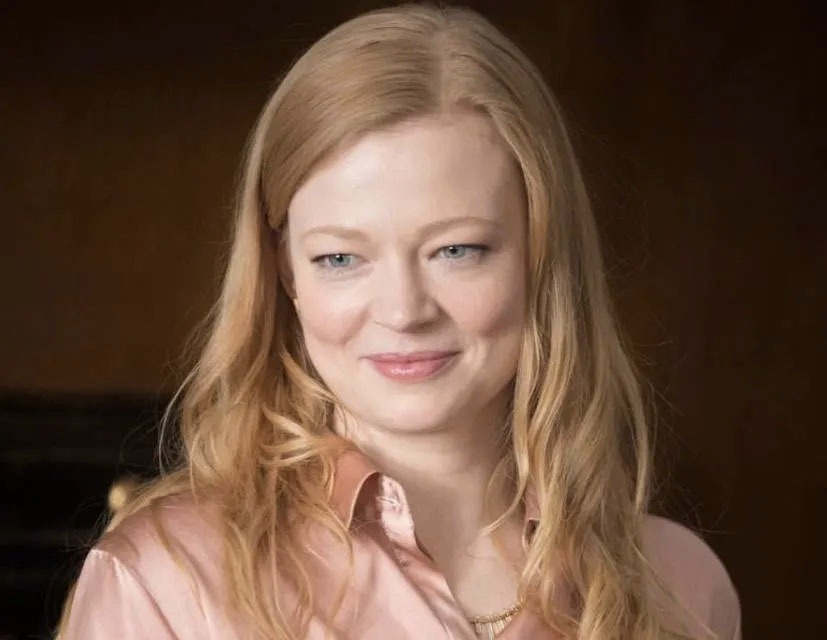 Before diving into Shiv Roy's closet to copy her style, we should consider that some fashion rules apply to the entire Roy family.

Michelle Matland, the show's fashion visionary, says she gets her wardrobe inspiration from the glamorous advertising companies on NYC's Madison Avenue rather than the latest collections or magazines. This is the world of generational wealth that the Roy family inhabits, so Michelle Matland took direct cues from what people did and didn't wear in those elite circles.

NYC's Madison Avenue represents a specific kind of wealth, and with that comes a certain level of sophistication and pose. For example, the Succession cast never wears prominent logos as emblems of riches and fortune. Because when you are born into one of the world's most famous families, you don't need them. Logos would make the characters look try-hard and nouveau riche. Instead, people in this world prefer wearing their family crests or small monograms on discreet items like cufflinks, lighters, and cigarette cases.

The Succession cast ditches the everyday couture. The Roys prefer to work in beige cashmere sweaters and sophisticated grey button-ups and don't usually dress with much uniqueness or imagination. Money is expected rather than expressed in their culture. You would never see one of the Roys dressed to the nines in runway garments for a casual dinner.
The Roys' clothing is also meant to convey their power. Clothes are always a form of armor on the show. It's important to see how they wear their power as the script evolves. Instead of flashy logos, they spend their money on the fabric and fit of garments rather than a branded piece of clothing. A subtle nod to their status is all that is needed.

Instead, the family dresses in super luxurious materials such as cashmere, silk, and top-quality leather. Even when they wear more casual attire such as jeans, they are always seen in the best cuts and washes money can buy. But, hey, you can never go wrong with a great pair of jeans.

Finally, the color palette for Succession is very key. The main colors for the Roy family are greys, beiges, and browns. These colors represent stability, practicality, and order. They are the colors of Wall Street and the financial world. The family's clothing choices represent their station in life perfectly. 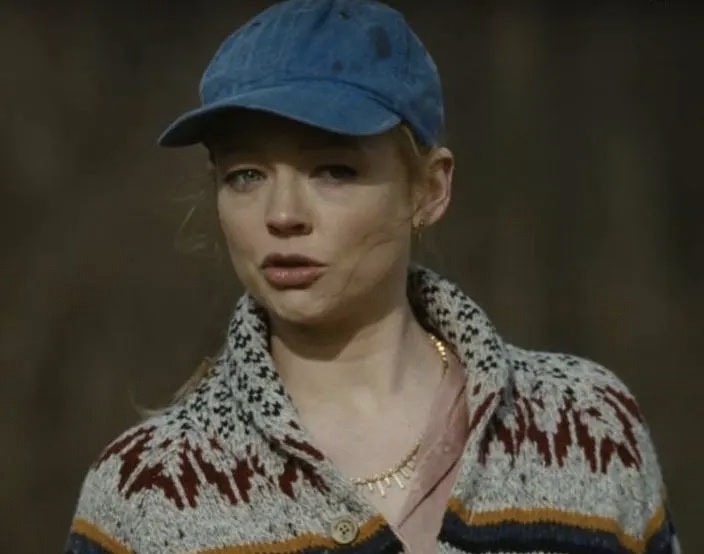 Let's examine Shiv Roy in Succession in more detail now that we understand the Roy family's basic fashion sense better.
Shiv didn't always command the screen with flashy, provocative clothes. Her fashion sense is more understated in Season 1 of Succession because Shiv portrays the obedient daughter. She prefers timeless designs, deep hues, and understated jewelry that doesn't draw too much attention to herself.

Although the dutiful daughter, she begins the show by attempting to distance herself from her father by working in politics, where one's every fashion choice faces scrutiny, so we see her wearing conservative outfits and flat shoes or wrapped in a sweater during a routine family discussion.

Shiv rapidly realizes that while these appearances are appropriate and common in the political sphere, they do not suit her. She doesn't feel like her true self and feels uneasy in her own flesh. She begins experimenting with her style in an effort to discover herself.

Shiv Roy tinkers with her appearance in season 2. She dons sexier, trendier attire that accentuates her body. Her attitude and mannerisms clearly exhibit her newfound confidence. She develops more self-confidence and loses her fear of defending her place in the family business. We now see Shiv Roy transition to suits that are always impeccably tailored. Power suits that wouldn't look out of place in Michelle Obama's closet and high-waisted pants with a Katherine Hepburn vibe.

Shiv's wardrobe is chic and well put-together, with just the right touches of edge. Occasionally, she favors heels because she wants to seem taller than her older brothers. "It also helps when you're walking on cobblestone," Snook says about Shiv's choice in footwear. Indeed, there are a lot of cobblestones on the show. "She also likes to wear black, and she's practically always in flats," says Snook about her character's wardrobe choices. "Black is a power color." The actress also notes that Shiv wears mostly designer pieces with a few high-street items mixed in here or there. The featured brands are Lavin, Saint Laurent, Gabriela Hearst, and Bonheur Jewelry.

In Succession season one, costume designer Michelle Matland dresses Shiv for an apple picking outing in a patterned sweater, subtle sneakers, a baseball cap, and the Noreis Gold Collar Statement Necklace by Bonheur. It makes an elegant comment about her personality with its bold golden shine and intricate detailing. The gold collar necklace reads as playful and elegant, making it suitable for formal occasions and everyday wear. It reflects her playful personality while staying sleek enough to complement her more serious looks. She also wears the Anais Pave Crystal Stud Earrings by Bonheur, demonstrating how to wear statement earrings without looking overdone or unimaginative.

In another scene, Shiv is wearing a fitted black blazer and trousers from Lavin. The tailored outfit shows her strong and professional side, while the addition of a simple white t-shirt makes her look relatable and down-to-earth. This juxtaposition makes Shiv's style so interesting--she can dress up or down depending on her mood but always looks polished.

HOW TO RECREATE SHIV ROY'S OUTFITS

Although Shiv's style constantly evolves, some key elements remain consistent throughout the seasons. If you want to recreate her looks, here are some tips:

Shiv's style is the perfect mix of edgy and elegant. She takes risks with her clothing choices but always looks put together. Her style is also incredibly versatile, able to be dressed up or down depending on the occasion. If you want to recreate her looks, focus on choosing well-made pieces in a neutral color palette. And don't forget to experiment with different textures and patterns to add some visual interest to your outfit.