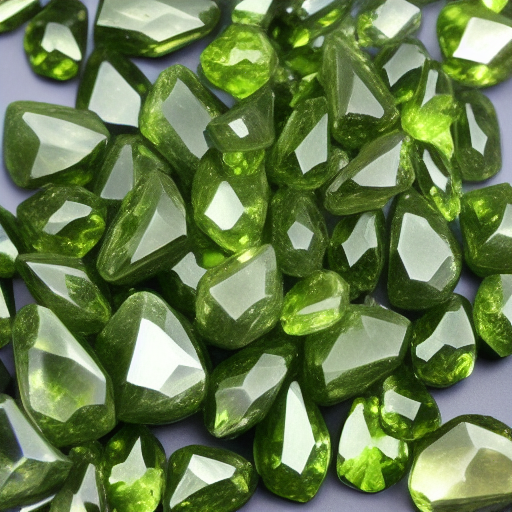 Did you know that peridot is one of the few gemstones that only comes in one color? That’s right; this vibrant green stone only comes in shades of green! For more fun facts about peridot, read on!

■ Apart from being the official birthstone for August, green peridot is also the traditional 16th wedding anniversary gift.

■ The name "peridot" comes from the French word "peritot," which means green.

■ Peridot is a gem-quality form of the mineral olivine. Olivine is a very abundant mineral, but gem-quality peridot is quite rare.

■ If you're wondering where peridot crystals come from, there are only a few places in the world where they occur naturally. One of these locations is in Hawaii, which led to peridot gems being called "the Hawaiian birthstone" and the official state gem.

■ Green peridot is unique in the world of gems; it comes in only one color: green! Some common peridot colors include moss green, lime green, emerald green, and brownish green.

■ The most valued shade of peridot is a deeply saturated forest green color with a slight yellow tone to it. This color is easily found in peridot gems, weighing more than 10 carats.

■ In the past, peridot referred to all gemstones with a green body color, but today we know that many gemstones are green and not all of those gemstones are peridots.

We hope you enjoyed our fun facts about peridot! This unique gemstone will surely add a pop of color to any jewelry collection. Be sure to check out our other blogs for more fun facts and information about all things jewelry!