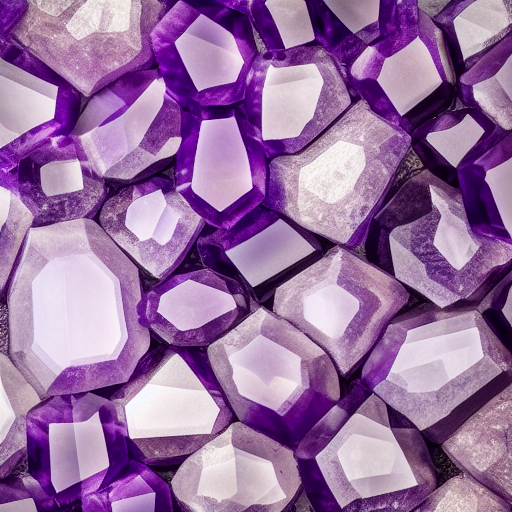 Did you know that amethyst is not just a pretty purple gemstone? In fact, this semi-precious stone has a long and fascinating history.

Here are some fun facts about amethyst that you may not know:

■ Amethyst is the traditional birthstone for February and Pisces signs born between February 19th - March 20th. The zodiac signs for amethyst in astrology are Aries, Taurus, Gemini, Cancer, Leo, Virgo, and Libra.

■Amethyst is the 6th, 17th, and 33rd wedding anniversary stone.

■ What does purple amethyst mean? The name "amethyst" comes from the Greek word "amethystos," which translates to "not intoxicated." Some Greeks believed that amethyst could protect a person from becoming intoxicated.

■ The amethyst gemstone is a member of the quartz family, which includes other popular gems such as citrine, rose quartz, and smoky quartz.

■ Amethyst gemstones are known for their vibrant violet hue; the purple stone gets its color when iron replaces silicone in the crystal structure through irradiation.

■ Amethyst changes color when heated to more than 300-400°C. It loses its violet color and often turns yellow, orange, or brown, making it resemble citrine.

■ Unlike most precious and semi-precious gemstones, where the price corresponds directly to weight, amethysts' value relies on the vibrancy of their color. The most valuable color of amethyst is "Deep Russian," which is so rare that the price depends on collector interest.

■ Amethyst stones are widely available as a mineral, but fine, clear specimens suitable for jewelry use are relatively rare. High-grade amethyst stones come from Brazil, Uruguay, North Carolina in the United States, and Chile.

■ Only a few quartz species can grow to be larger carat weights and have slight inclusions. Amethyst is one such quartz; others include smoky quartz, citrine, and ametrine. Because of this, the price per carat rises gradually rather than exponentially, as with some gemstones exceedingly rare in big, clear dimensions.

■ Amethyst (which rates a seven on the Mohs Scale of Hardness) can scratch glass (which ranks a five on the same scale).

■ Under sunlight, fluorescent, or incandescent lighting, some gemstones have a remarkable capacity to change color. Rose de France is a color-change amethyst and displays a fascinating color phenomenon called pleochroism. This effect happens when you turn the Rose de France gem in the light; you can see red and blue flashes at different angles; this type of color-change amethyst is incredibly rare.

■ Heat-treated amethyst makes up 99% of the "citrine" market, and partially heated amethyst creates a yellow and purple crystal called ametrine.

We hope you enjoyed these fun facts about amethyst!