Spedizione via terra gratuita per ordini superiori a 100 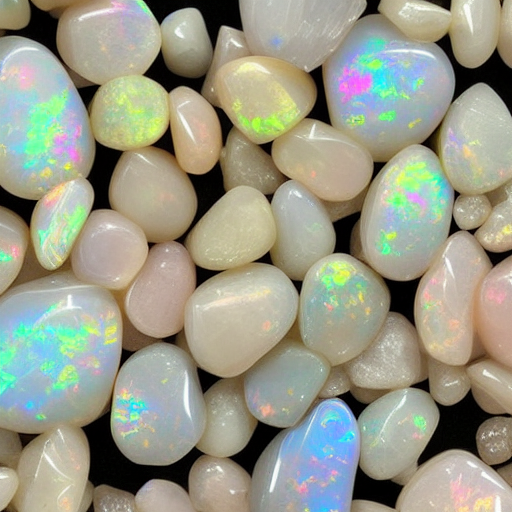 Opals are one of the most beautiful and unique gemstones in the world. They come in a wide range of colors and patterns, and no two opals are exactly alike. Here are some fun facts about opals that you may not know!
■ Opal is October's birthstone and the traditional gift for 13th wedding anniversaries.

■ Opal is the national gemstone for Australia. That makes sense since approximately 95 to 97 percent of the world's opal supply comes from these three regions in Australia: New South Wales, Queensland, and South Australia.

■ Other minor sources of natural opals include Brazil, Mexico, Hungary, the United States, Peru, Ethiopia, Nicaragua, and other countries.

■ The play of color you see in opal crystals is due to millions of tiny silica spheres of different sizes; these tiny spheres refract light and cause beautiful spectral colors.

■ Opals can be almost any color; however, the most common opals are white, green, or translucent.

■ Boulder opal is the only type of opal that contains all the colors of the rainbow within one stone and can cost up to $3000 per carat.

■ The Virgin Rainbow is one of the world's rarest and most expensive opals. It glows in the dark. As it gets darker around the opal, the opal appears ever more vibrant. It's valued at over $1 million and owned by the South Australian Museum in Adelaide.

We hope you enjoyed these fun facts about opal!